Please help to protect North Meadow by not visiting until further notice. Natural England have posted the notice below at all entrances to North Meadow. 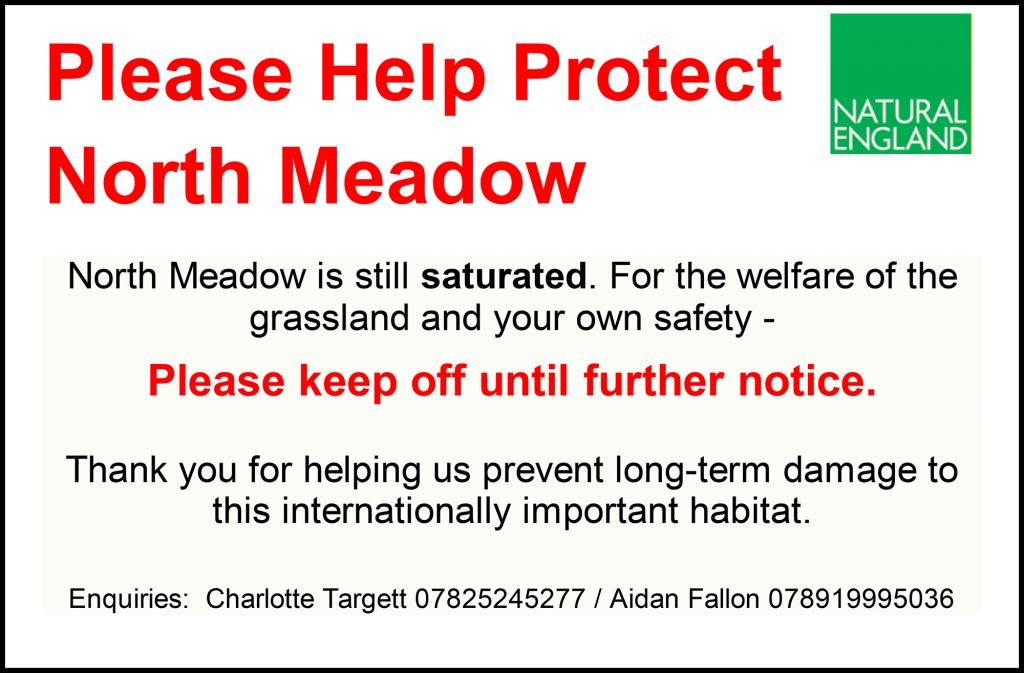 END_OF_DOCUMENT_TOKEN_TO_BE_REPLACED

Sadly the commemoration event VE75  planned for Friday 8th May and the Beating the Bounds walk on Sunday 17th May have been cancelled. These are truly difficult times and we hope everyone remains safe and well.

The election of the first three honorary freemen of the borough and hundred of Cricklade was witnessed by a large number of residents at a special meeting of the town’s ancient Court Leet in June 1987 as part of Cricklade’s 1100 anniversary celebrations.

The title was awarded to three men whose service to the town has been outstanding, Mr Dick Giles, Mr John Little and Mr Frederic Freeth, High Bailiff of the Court Leet, all men were in their 80s.

Other events to mark the occasion include the Saxon Fair on a weekend that was blessed with fine weather.

In all, there were 35 different stalls at Waylands including craft stalls demonstrating weaving, engraving and spinning.

During the afternoon the crowds were entertained by a group of street buskers, folk singers, the Waylands singers and the recorder group from St Sampson’s Junior School.

The evening’s entertainment started with a magic show and a traditional Punch and Judy show for children and the climactic finale to the duck races that had been taking place on the River Thames throughout the week.

Afterwards, Cricklade Town band entertained a large crowd in the High Street and there was a special traders’ evening with Morris dancing.

The start of the fritillary season is rapidly approaching and North Meadow is still flooded. The picture above, taken this morning, shows the water level is very high, as high as it has been all winter. END_OF_DOCUMENT_TOKEN_TO_BE_REPLACED

We use cookies to ensure that we give you the best experience on our website. If you continue to use this site we will assume that you are happy with it.OkPrivacy policy