The Manorial Court for the Hundred and Borough of Cricklade, also known as Cricklade Court Leet, is a statutory body under current legislation. 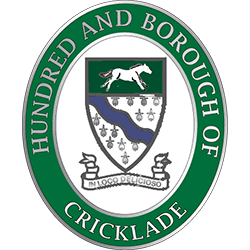 Established in feudal times, courts leet survived into the late 20th century, though almost all the small number that still operated had become largely ceremonial – simply a way of promoting or celebrating their local area. Despite this, their legal jurisdiction over crime was only abolished in 1977, by section 23 of the Administration of Justice Act. Although the Act had abolished the legal jurisdiction of the courts leet, it permitted certain courts to continue to sit and transact such other business, if any, as was customary for it.

Cricklade Court Leet is one of only 32 Manorial Courts that still have legal powers today to continue to sit and transact such other business. These powers are set out in the Administration of Justice Act 1977.